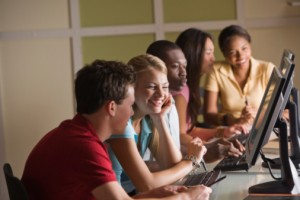 The fact that these numbers have tripled over the past nine years is an indicator of the Welsh government’s success in supporting the 18-29 age bracket with regards to small businesses – almost Â£4 million per year is spent on young business people via start-up schemes, grants and general assistance. The encouragement is nationwide; the Young Enterprise charity, which focuses on educating and encouraging young people to run their own businesses, operates programmes across Wales, and last year around 150 student companies were set up with the involvement of over 2,000 students. Programmes include everything from finances and sales to networking and branding, using social media as well as business cards and posters to promote different marketing techniques.

The Global Entrepreneurship Monitor report also showed an increasing interest in starting up a business in the country. Anna Milewski spoke on behalf of the Federation of Small Businesses (FSB) Wales, acknowledging the success but highlighting the need for continued efforts and encouragement, commenting: “What we’d like to see is a clear progress, a detailed progress report from, perhaps, a national assembly committee. Just to see how it’s delivering, what improvements could be made and what outcomes are really being delivered for young people.”