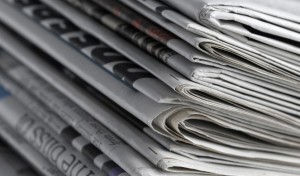 The Guardian – now the owner of the fifth-largest newspaper website in the world – has not forgotten its roots, and was proud to reveal that in the two months leading up to Christmas, its print run improved circulation – despite the market increasingly moving to the web.

The newspaper’s print circulation figures grew in November and December 2012, becoming the only quality national daily newspaper to raise print sales during this period.

It has galvanised efforts to improve the news resource’s printed supplements, and resulted in the Guardian last week launching Cook, its “new weekly food section packed full of recipes” – something it said was “testimony to our continued investment in the paper”.

However, like many people still producing newspapers, flyers, leaflets and magazines, the Guardian still continues to put a lot of money into its online accompaniment, and attracted over 36 million unique users from across the globe during the two-month period – putting it ahead of BBC News online.

Now, over 500,000 comments a month are posted on guardian.co.uk. “The journalism of the future encourages participation and contribution from all our readers to initiate debate and form communities,” it said. “The Guardian is at the forefront of this revolution.

“We’d like to thank all our readers â old and new â for your support.”