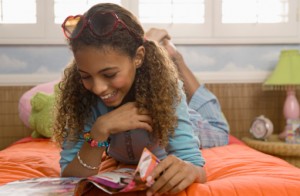 If you’re going to head up a major marketing campaign in the coming months, then be careful not to subscribe to new stereotypes; after all, there’s a good chance that you may be pleasantly surprised by the reach that a print campaign may have.

According to Business2Community (B2C), “most marketers think that the only way to reach the (roughly) 18-35 age demographic is through sleek social media campaigns” – though print media is still a “completely viable” means of connecting with this demographic, it said.

The younger adults of Generation Y are currently the biggest adopters and users of social networking sites, with 92 per cent of them in the 18 to 29 age group use sites including Facebook and Twitter, compared to the 73% of the 30 to 49 demographic. However, this tech-savvy group is still interested in regular media – and it shows in the statistics.

Late in 2012, US agency NPR revealed that in a study led by Pew, nearly one quarter of 18 to 24-year-olds had read a newspaper in the previous 24 hours. Magazine readership is also growing for this group, too, said a recent Conde Nast survey – so don’t overlook the importance of it when you lead your next campaign!