Microbreweries among most successful small businesses 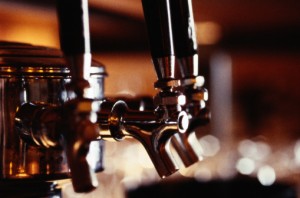 The number of British microbreweries has risen to above 1,000 for the first time in over 70 years, in sharp contrast to the financial crisis reaching larger businesses in the brewing industry. While the UK’s production of beer has dropped from 39 million barrels in 1974 to 27 million in 2011, over 130 breweries have opened in the past 12 months alone.

Smaller businesses are taking a more traditional approach to brewing, operating out of the back rooms of pubs, hired lab rooms, and in the case of South London’s Kernel microbrewery, underneath railway arches. The grassroots movement is dependent on personable advertising, social media and a knowledgeable customer base. As the British public are more inclined to stay home, many pubs are discovering a new demographic in real ale drinkers, creating a mutually beneficial relationship between small brewers and struggling landlords.

Michael Cox, owner of the Still and Star public house in London, acknowledged that a barrel of microbrewery beer would cost him more than a mass-produced beer, but argued that the quality made it worth the investment, saying: “I buy beer from small, independent brewers, because I know that even though it’s more expensive, it’s just better beer.”