Women executives earn over £400,000 less than men over lifetime 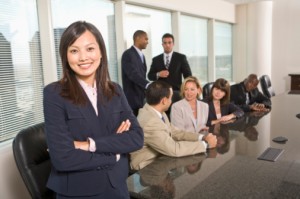 The subject of pay inequality is considered by many to be a thing of the past, but a new study by the Chartered Management Institute (CMI) has shown that women who climb the executive ladder earn on average Â£423,390 less than men in equal roles over the course of their careers. The gap is now more than Â£10,000 per year, while women receive less than 50 per cent of men in additional bonuses.

Unfairness in the workplace is a common concern for a large number of women, encouraging many to take things into their own hands and create their own businesses instead – a task that is becoming ever easier with the combination of the internet and print marketing.

The research, which also showed that 1.1 per cent more women than men were made redundant from executive positions in the same year, shows a disproportionate salary system, as women now make up around 57 per cent of company executives. The overall estimate by the CMI was that women working for the age of 25 to 60 would earn Â£1.1 million, while a man working in a parallel role would earn around Â£1.5 million.

Poor management was cited as the main cause of disparity by the CMI’s own chief executive, Ann Fracke, who said: ”This lack of a strong talent pipeline has to change, and fast â¦ Companies are missing out on the full range of management potential at a time when we need to be doing everything we can to boost economic growth.”