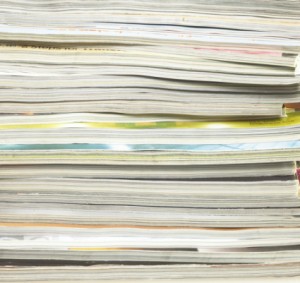 The lack of growth in India’s printed ad revenue is likely to rebound over the next decade, according to a new report by Motilal Oswal Securities Ltd (MOSL). It says that while the industry has “bottomed out” in the region, it is likely to see a recovery after the “worst show in a decade.”

Many countries have seen a dip in print revenue as the internet’s social marketing opportunities sweep across the globe. However, MOSL believes that as interest rates slowly ease off, those sectors which rely heavily on print media – such as the automobile and property industries – will benefit and begin to expand their marketing strategies once more. It also said that between 2013-2015 it expected operating costs to grow in line with revenue growth, and that this would be encouraged by the decreasing newsprint price inflation.

While print media such as magazines and newspapers have struggled worldwide due to the immediacy of the internet, dedicated print marketing campaigns have maintained a far better record by using more innovative strategies, including the integration of social media with new smartphone technologies. Internet access also allows small business owners access to design tools for creating personalised posters and flyers – creating a more competitive space and redressing the balance between independent and chain companies.