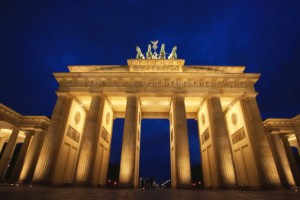 While the use of print media has become a lot more refined and targeted in the last few years elsewhere in Europe, Germany’s newspaper industry has defied even the most concerted pushes towards the digital sphere, according to a new report compiled by the Guardian’s Roy Greenslade.

Taking the lead from a prediction in the New York Times that the short-term still promises stability for the industry in central Europe, despite a raft of issues including news service DAPD filing for bankruptcy protection, Frankfurter Rundschau declaring insolvency and the Financial Times Deutschland shutting down entirely.

Professor of media science at the Technical University of Berlin Norbert Bolz told the NYT: “There is a structural crisis. But I have to say, honestly, how surprised I am by the success of the main media houses in dealing with this.”

Greenslade then went on to explain that the digital efforts of organisations to improve income are being put in place, though require positive feedback from German chancellor Angela Merkel. Publishers are increasingly looking at ways to mimic the paywall technology that the Times has adopted in recent years, while also petitioning for legislation to force search engines and aggregators like Google to subsidise them with licensing fees for links to their articles.