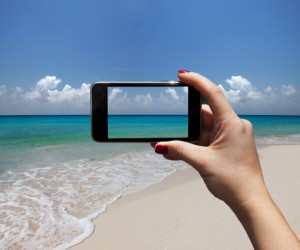 Polaroid has announced plans to launch several branches of an experimental new store which will allow customers to print photographs directly from their smartphones. The branches will initially be trialled in the USA, showcasing the photo company’s changing image and brand development.

In-store technology will allow users to walk in and wirelessly upload images to a terminal, where it can then be edited and touched up – expert “phototenders” will even be on hand to help, for those unsure about personalising their print themselves. These photos can then be uploaded directly to a social media site, or printed out and mounted ready for home delivery.

A number of critics are questioning the move, raising the relative lack of perceived usefulness as a major factor – after all, users can already have photographs personalised and printed online, usually for very low prices. Polaroid are known for making bold moves, though; in 2010 it appointed pop star Lady Gaga as its creative director.

Scott Hardy, Polaroid CEO and president, doesn’t seem worried though, and said of the project: “Polaroid has always been about much more than just taking pictures.” He added: “We are very excited about the opening of these stores, and the opportunities they will create for millions of consumers to have classic Polaroid experiences.”