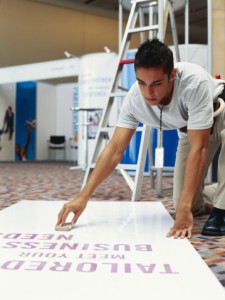 In-store advertising is a bigger influential factor on consumer buying decisions than online and newspaper/magazine ads, according to a new survey by business services provider Steria. In the report, 28 per cent cited in-store leaflets and posters as their main reason for purchase.

The research, carried out by YouGov, found that newspaper and magazine ads were picked by 27 per cent, while online marketing and social media had a much lower turnout, with just 18 per cent of people choosing this method as their main influence. Ads on social networks and mobile games got the lowest number of votes, with nine per cent and seven per cent respectively.

However, the main influence was found to be human opinion. Over half of all respondents said that the views of others were the most significant factor, and while 57 per cent stated that their friends’ opinions were the most important, 40 per cent also cited the opinions and reviews of strangers, including those found online.

Companies wishing to raise the influence of their in-store advertising might see this as an opportunity to consider new strategies, such as adding testimonials or offering customers the chance to share their own opinions. Geraint Evans, Steria UK’s multichannel director, agrees, saying: “Companies wishing to get an edge over the competition will need to show a clear understanding of both online and offline channels, and how consumers best respond to them. Part of this means providing appropriate tools and functionality to make the shopping experience as quick and easy as possible.”