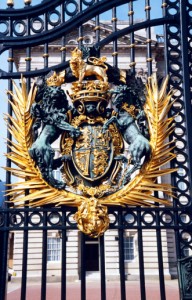 The Royal Academy of Arts has presented a collection of design pieces by 97 artists to the Queen, in honour of her diamond Jubilee earlier this year. The portfolio, which included a painting by Olwyn Bowney and the original design for the Olympic aquatics centre by Zaha Hadid, will be added to the Royal Collection and opened up to the public next year.

This is not the first time the academy has presented such a gift; in 1953, a similar collection was given on the Queen’s coronation, and again in 1977 for her silver Jubilee. These most recent works will be displayed in the Queen’s gallery of Buckingham Palace, alongside the drawings and prints of 17th century artist and draughtsman Giovanni Castiglione.

Curator of the Royal Collection Martin ClaytonÂ commented on the gift, saying: “The coronation gift was quite conservative, and even in 1977 there was still a feeling that individual artists were playing safe in their choice of works. Now in 2012 there is no sense of dutiful deference: the artists and architects are simply presenting an example of their very best work to the Queen, and in some cases that work is very personal.”