Two-thirds of US small businesses concerned about growth 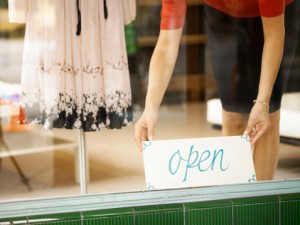 A new survey by The Hartford insurance group showed that only one third of small businesses owners surveyed were feeling optimistic about the economy’s development, down from the 61 per cent who felt the same way in spring 2011. Almost 60 per cent of the 2,000 asked stated that they had not added any new staff in the last 12 months, while 67 per cent had no intention of doing so in the year to come.

About 52 per cent said they were just trying to maintain their current revenue instead of focusing on growth. Liam McGee, president and chief executive of The Hartford, which provides insurance for over a million small businesses in North America, said: âThereâs just so much uncertainty about all those things that itâs putting a damper on growth and hiring.â

Of those who are in a position to develop businesses further, means of promotion range from social media to more traditional methods of print media, and a more aggressive, pro-active push for advertising appears to be the answer for many. McGee applauded the “can-do” attitude of entrepreneurs, saying: “They are realists, but theyâre not going to sit around and wallow in it or complain.â